Apple unveiled the new iPad 2019 at launch event held recently in Chicago. New iPad 2019 is nothing but the slight upgrade to iPad 2017. What’s new in iPad 2019 is faster processor and support for Apple Pencil. Apple Pencil lets you draw on the screen with remarkable accuracy but it is little bit costly.

Last year with the success of iPad 2017 Apple gained lot of praise for packing bouquet of great technology into new low priced iPad but this year can’t be said same because new iPad doesn’t come with much technology upgrade. Talking about pricing, iPad 2019 is also priced at $329 though the price varies according to storage capacity and connection type and Apple Pencil will cost you $99. 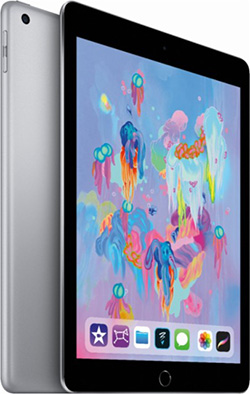 So exactly what is different in iPad 2019 as compared to iPad 2017 other than Apple Pencil and A10 processor which is significantly faster. The iPad 2019 has same build but comes with improved chipset which beats iPhone and iPad in terms of benchmarks except iPad Pro, iPhone 8, 8 Plus and iPhone X. LTE speeds on new iPad are also improved to 300 MBPS. Apple also claims 10 hours of scree on time battery life.

Anyone in creative field will find it very interesting and useful with the support for Pencil stylus which can help you do all the creative work using art apps. The Pencil stylus is pressure-sensitive and Apple has further extended Pencil support to iWork suite of apps including Pages and built-in Notes app. Pencil can be unnecessary purchase as all the work can still be performed using your finger. 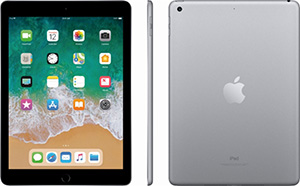 Pencil stylus is the most exciting features introduced by Apple for iPad’s in recent years. As discussed earlier it pressure-sensitive stylus capable of drawing on angles and can be very useful for digital sketching. Digital artists as well as students will find it very useful and reliable tool. On other hand Apple is slowly but steadily extending its support for Apples core apps.

Handling this Pencil stylus is not quite easy especially for kids and there is no way to clip it onto the iPad. Logitech is coming up with affordable stylus priced at $49 called Crayon. Logitech claims it will be easier for kids to hold it but to the advantage of Apple Pencil, Logitech’s Crayon doesn’t come with pressure sensitivity.

So this is everything you need to know about Apples new iPad 2019 and Apple Pencil. My final thought on iPad 2019 is don’t upgrade if you already have the one that launched last year. About Apple Pencil stylus I want to say just one thing is that first test it at Apple Store before spending $99 on it.